Discover the perfect blend of city and country life 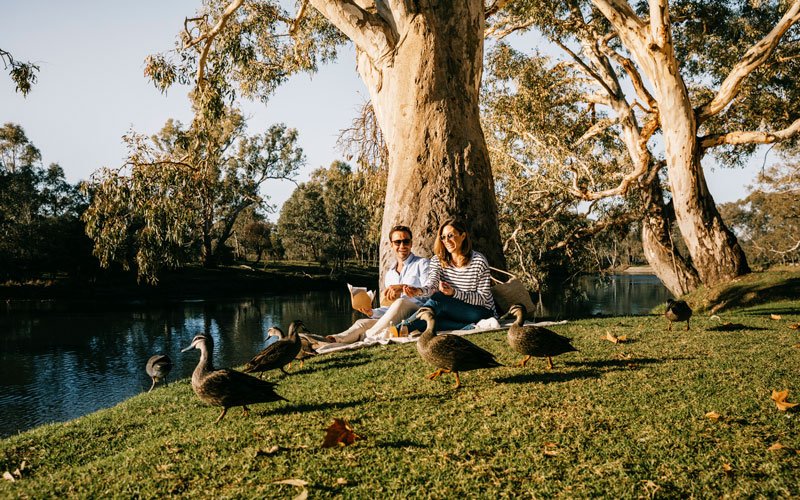 Set on the northern banks of the Murray River, Albury is promoted by those in the know as a “little bit country and a little bit cool”.

The town with close to 54,000 residents, makes the most of its prime location between the river and Lake Hume, with locals enjoying the benefits of an outdoor lifestyle, from boating, fishing and water sports. The “cool” bit comes from its thriving food and arts culture.

While Albury may have lost out to Canberra in the national capital city stakes, despite an expedition of federal politicians visiting in 1902, it has retained its magnificent architecture, including the grand railway station that opened in 1882 and the former Albury Telegraph Office from 1886, which now houses the Murray Conservatorium.

Opened in 2015, MAMA is the jewel in Albury’s arts and culture crown, as one of the most visited art galleries outside Sydney.

Complete with a cafe, aptly named Canvas, MAMA backs onto Albury’s QEII Square, a lush green space that forms the heart of the city’s cultural precinct. Albury is also home to several festivals, including the annual The Border Mail International Film Festival and the Write Around The Murray literary festival, which focuses on epic storytelling, performances, author talks, exhibitions and writing competitions.

The city also introduced a new garden festival, called Gardenesque, in 2019 and it will fill the Albury Botanic Gardens again in 2021 with garden displays, roving entertainment, plants, speakers, food, music and family fun.

The botanic gardens are just one of Albury’s nature attractions, with residents and visitors of all ages also loving the Murray River foreshore area at Noreuil Park and the stunning Lake Hume.

On the weekend you’ll find families enjoying a picnic or barbecue at Noreuil Park or delighting in a meal from the River Deck Cafe and an ice cream from its convenient kiosk window.

Children will love the Noreuil Park playground, while the bigger kids can enjoy swimming or kayaking along the river. At the adjoining Oddies Creek, families can enjoy the 2,000sqm adventure playspace, which includes a 30m long flying-fox.

Lake Hume is another popular destination for those that like fishing, boating, camping or just a day out enjoying the sights, which includes the impressive dam wall, which you can safely walk along. 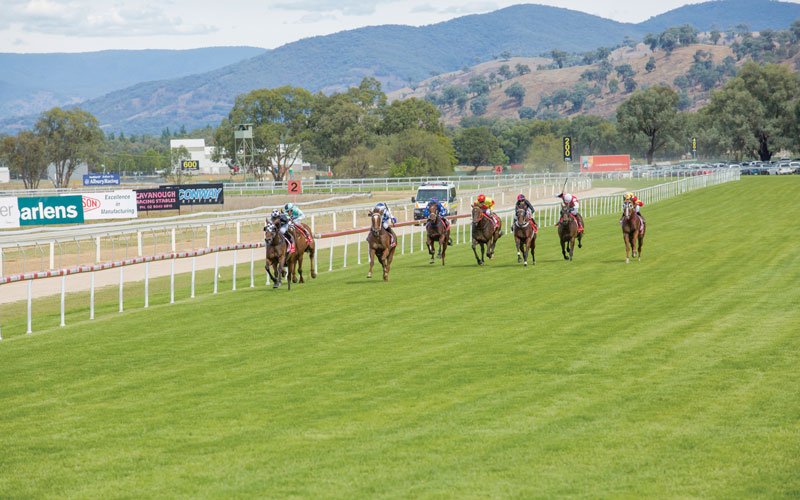 Albury is also known for its food scene, with award-winning restaurants and cafes, along with wine and cocktail bars, a craft brewery and multiple clubs.

Every Saturday the Albury-Wodonga Farmers Market sees the community gather at Gateway Village, between Albury and Wodonga, to celebrate the best in local produce. From fresh coffee and bread to fruit and veggies, cheese, beef and pork products and preserves, there’s something to tantalise the fussiest foodie’s taste buds.

Albury provides a solid economy with good employment opportunities. The Australian Tax Office is a major employer in the city, as is Albury-Wodonga Health and Charles Sturt University.

Albury is blessed with an airport with daily flights to and from Sydney and Melbourne, while Albury-Wodonga Health operates hospitals in Albury and Wodonga, including maternity services, emergency and intensive care, mental health and allied health services.

Albury is also home to the Albury-Wodonga Regional Cancer Centre, which includes a 30 inpatient oncology ward and a 28-chair day oncology ward.

The traditional owners of the Murray River area near Albury and Wodonga are the Wiradjuri, Waveroo and Dhudhuroa people.

WATTLE ROAD 🖤
This regional city is packed with lifestyle benefits, from affordable property to an outdoor lifestyle and breadth of community services.

Climate: Albury has a warm, temperate climate with cool, wet winters and hot, dry summers. In July, Albury has an average high of 13.2 degrees, while in January, the average high is 32.5. July is usually the wettest month with average rainfall of 78.7mm of rain.
Major employers: Health care, education, retail, manufacturing, accommodation and food services.
Transport: Daily flights to Sydney and Melbourne from the Albury Airport.
Education: Albury has about 20 schools, including public and private schools at primary and secondary level, along with tertiary education from Charles Sturt University and TAFE NSW.
Property prices: The median sale price of houses in Albury is $622,500. The median price of units in the region is $345,000
NBN connection: Fibre to the Node (FTN)
Health care: Albury-Wodonga Health operates hospitals in Albury and Wodonga, including maternity services, emergency and intensive care, mental health and allied health services. Albury is also home to the Albury-Wodonga Regional Cancer Centre, which includes a 30 inpatient oncology ward and a 28-chair day oncology ward.
Sport and recreation: AFL, rugby, soccer, netball, tennis, cricket, swimming, athletics, basketball, hockey.
Arts and Culture: Murray Art Museum Albury (MAMA), Albury Library/Museum, Albury Entertainment Centre. From Sydney to Melbourne and Auckland to Singapore, I’ve lived in many cities in my 41 years, but nowhere has ever felt like home the way Albury does.
Albury has the perfect blend of big city life combined with country town charm that’s really hard to find. On one hand there are great restaurants to dine at and shows and concerts to see, while on the other hand, you’re bound to bump into someone you know walking down the main street.
That main street, Dean St, is really picturesque, with multiple heritage-listed buildings and it’s one of few remaining regional cities where strip shopping is still really vibrant.
Albury is a great place to raise a family and my husband, Daniel, and I moved from Sydney to Albury when our daughter, Hope, was eight months old.

There was no way we could afford to buy a home in Sydney and now our mortgage repayments are half of what we were paying in rent in the city. My husband grew up in Albury so we also have lots of family here.
Albury has great public and private schools, as well as Charles Sturt University, and there’s all of the other quality, essential services that you need, such as a wonderful hospital and cancer centre and the airport, which will see you back in Melbourne or Sydney in just over an hour.
It’s also impossible to talk about Albury without mentioning the Murray River and Noreuil Park, which is a great place for a picnic or to go for a walk or bike ride, followed by a play at the playground.