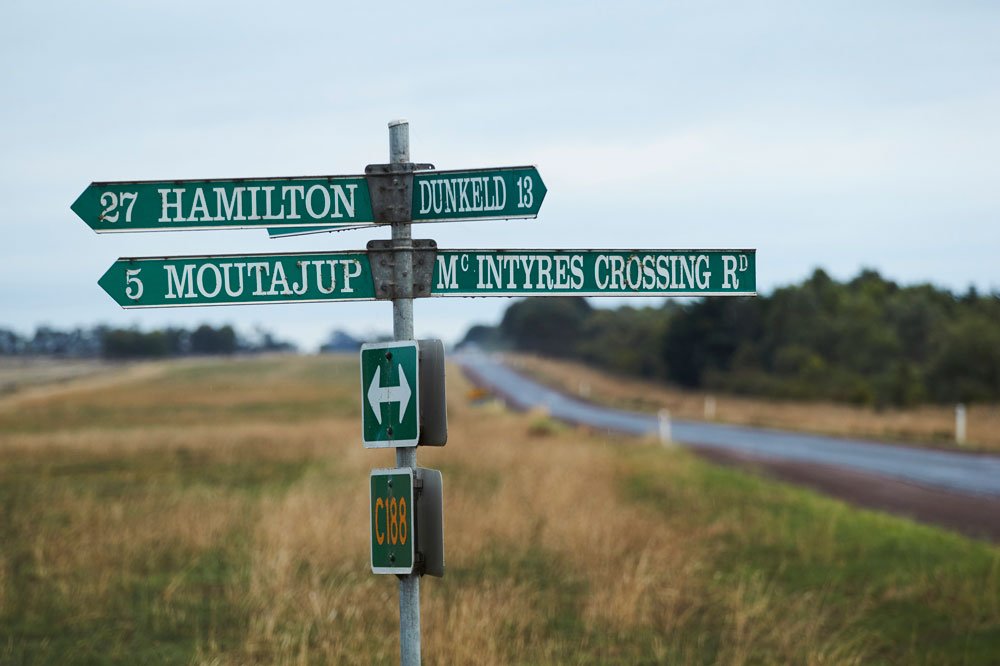 Hamilton in south-west Victoria, is on the cusp of discovery as increasing numbers of city residents set out to find their country escape.

A small provincial city, settled in rich grasslands with sweeping views of the Grampians mountain range, Hamilton is also just under an hour from the breathtaking beaches of the south-west coast.

Think of it in a geographical loop that includes Dunkeld, Hamilton and Port Fairy. The combination of mountains, country and coast—and suddenly you have an irresistible trifecta.

Untouched by much urban development, the sniff of great value to be found in both period and lifestyle properties and available land, has city dwellers heading west across the plains to find Hamilton is a hidden gem.

According to CoreLogic data, The Grampians region experienced the highest increase in regional house prices in 2020, jumping 16.6 per cent – ahead of the sub-tropical climes of glamorous Noosa, Qld—which rose 14.9 per cent.

The beauty of Hamilton is not just limited to its geography; it provides a great regional lifestyle without the sacrifice of any services. Health, education, retail and hospitality sectors are well provided for—therefore it’s an ideal choice for families and retirees alike. 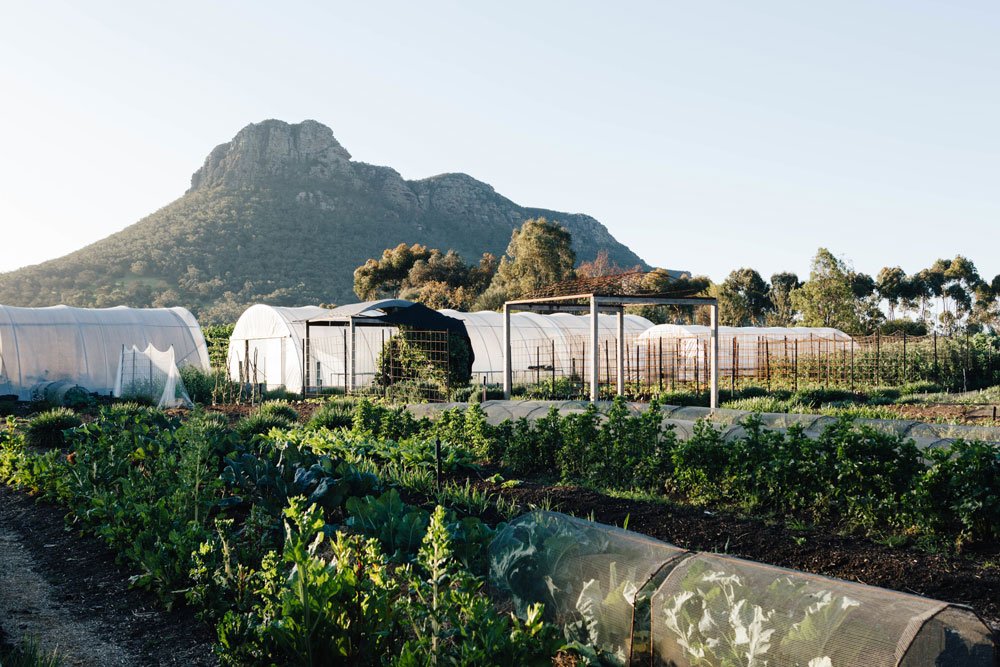 Education
Steeped in tradition, the Hamilton and Alexandra College founded in 1871, is one of the state’s premier regional schools, but it is not alone in providing excellent education in the area. The region is fortunate to have a diverse offering from Early Learning Centres (ELC) through to primary and secondary, with a choice of private, public, Catholic (Monivae College), Lutheran (Good Shepherd), Brethren and special needs schools.

For tertiary offerings, locals have access to the South West TAFE campus, Rural Industries Skill Training (RIST); a Bachelor of Nursing program through CQUniversity and WDHS partnership; and Deakin University’s Warrnambool campus just over an hour’s drive away.

Sport
Education seems to go hand in hand with sport and at the heart of every country town is its Saturday sport. Hamilton is no exception and has a strong sporting culture with outstanding facilities.

In the winter months, locals rug up, grab a meat pie from King’s Bakery and sit on the sidelines at Melville Oval to cheer on the Hamilton Kangaroos.

Pedrina Park is host to netball courts used seasonally for club and school netball competitions, a state-of-the-art synthetic hockey field, and additional grass facilities. The Hamilton Indoor Leisure and Aquatic Centre (HILAC) is home to Hamilton’s basketball – used for both school competitions and representative teams. Here, locals can also enjoy a fantastic indoor swimming pool – or head down to the outdoor Olympic pool – for lessons and squad.

Lake Hamilton provides a multitude of activities for the region. On the water, you will find rowers training, water-skiers making laps, and fishermen casting their hooks.

Fancy being on foot instead? Walk the skirting track or join in on a Fun Run. For a change of scenery, stroll with your dog among picturesque streets of Church Hill, or along The Grangeburn.

If you prefer to see the world on horseback, the Hamilton Pony Club is located on the town’s outskirts, and there are also multiple riding competitions and training days each year at The Hamilton and Alexandra College’s Equestrian Centre.

For families with kids mad on motorbikes, there are ample opportunities and regular events at the local motor cross track. 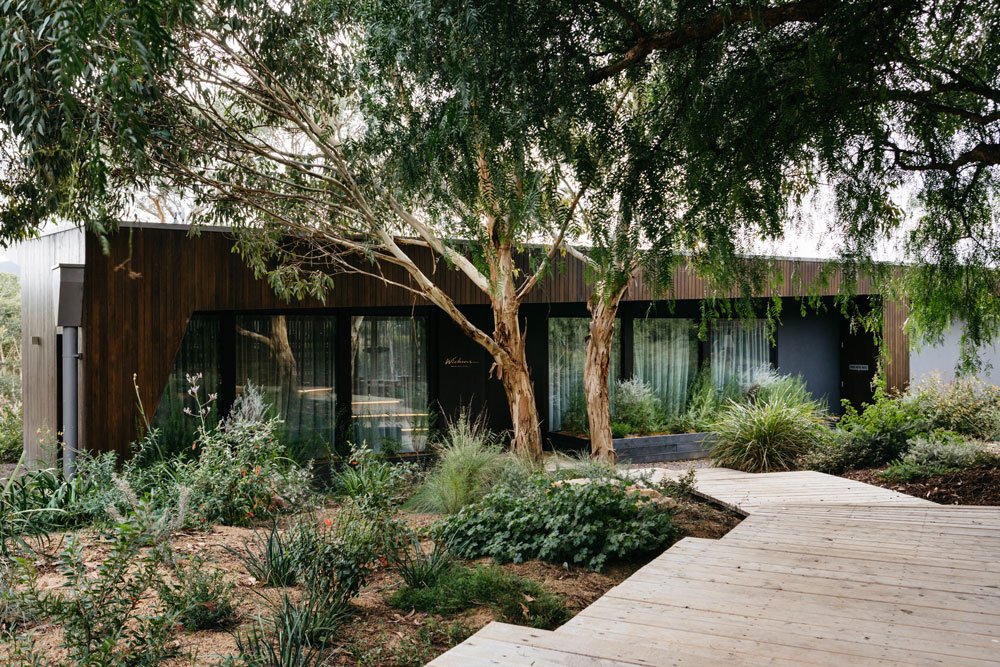 Health and medical
There is an impressive healthcare infrastructure, comprising of Hamilton Base Hospital – a teaching hospital with close links to Flinders and Deakin Universities – together with several out clinics and institutions operated under the Western District Health Service, including the Coleraine, Merino and Penshurst health centres.

The local economy
Agriculture remains at the forefront of much of the economic activity for the region. Having been known for ‘riding on the sheep’s back’ for generations, the farming in the area has well and truly diversified to include prime beef and cropping enterprises among others at the forefront of primary production.  Agriculture’s ongoing influence continues to be a vital lifeblood of the town. A recent upgrade to the Hamilton Sale Yards has shown great confidence in the town as a leading centre in livestock trade.

In addition to agriculture and sheep grazing, Hamilton’s largest employment sectors are retail, health and community services, and education.

The economy is supported by an array of locally-owned independent businesses including real estate and livestock agencies, banks and other essential services.

The local retail experience has been buoyed by a number of specialty shops, among them Presence, The Hamilton Hamper, Brown Bird Haus and Hope & Co. Lovers of books never fail to stop in at Bellcourt Books in Gray Street, where the creaking floorboards are all part of its quiet charm. And for an exquisite range of furniture and jewellery, Baimbridge Antiques is the place to visit.

Food and Wine
Hamilton’s hospitality offerings have expanded over the past decade, and it’s now growing a rich food culture. Locals recommend the coffee at The Roxburgh, affectionately known as  ‘The Rox’, craft beer and live music at Tosca Brown’s on a Friday, Little Koi and Jack + Jude for breakfast and The Botanical for a fine-dining experience 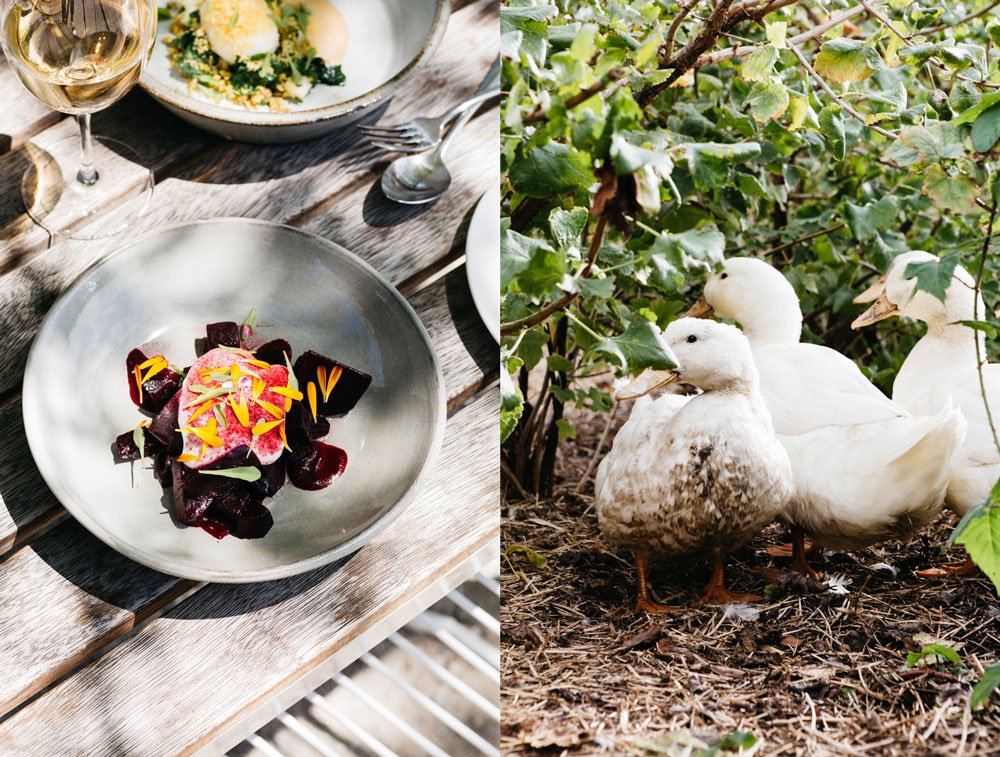 Cultural
Hamilton’s Botanic Gardens were designed by William Guilfoyle and planted in 1870. Superbly maintained, the gardens are an oasis in the heart of the township. Beautifully planted beds frame sweeping lawns beneath towering canopies of European trees. The gardens are been home to events throughout the year and it’s a popular spot for special gatherings.

The Hamilton Gallery is one of the finest regional galleries in the country, presenting a range of prestige exhibitions, programs and events. There is an extensive collection of colonial art, ceramics, and tapestries.

Creative workshops and the local farmer’s market are held in the beautiful grounds of The Hamilton Institute of Rural Learning.

The town grew to prominence thanks to the rich spoils of agriculture and sheep farming, but the area sits on the borders of three spectacular traditional indigenous territories; Gunditjmara to the south, Tjapwurong to the north east, and Bunganditji to the west.

The local community and tourists enjoy the:

Despite the recent real estate boom in regional Victoria, Hamilton is still an affordable option for first-home buyers, families, or retirees seeking a treechange.

There’s a diverse selection of property on the market too. It ranges from 19th-century beauties to mid-century fixer-uppers, blocks of land and acreages.

The median house price according to realestate.com.au is $280,500. Current listings range from $235,000 for a two-bedroom house, to a six-bedroom Victorian home on a huge block asking $1.2 to 1.3 million.

The rental market is competitive and in high demand, with median prices for three-bedroom homes at $290 per week and four-bedrooms at $360.

WATTLE ROAD 🖤 If you’re seeking a good-sized town surrounded by natural beauty, Hamilton is it. Close to the Grampians and under an hour to the coastal town of Port Fairy, it offers a great outdoor lifestyle.
Distance from Melbourne: 296km, or just under a three-and-a-half-hour drive.
Population: 9,800
Who lives here?
According to the 2016 Census
♦ The median age of people in Hamilton was 45 years. Children aged 0 – 14 years made up 16.4% of the population and people aged 65 years and over made up 24.3%
♦ Of the local families, 37.4% were couple families with children, 46.2% were couple families without children and 15.4% were one parent families.
♦ 85% of people in Hamilton were born in Australia. The most common countries of birth were England 1.9%, New Zealand 1.2%, India 0.6%, Netherlands 0.5% and South Africa 0.4%.
♦ The most common occupations included professionals 16.9%, technicians and trades workers 15.8%, managers 12.9%, community and personal service workers 12.0%, and clerical and administrative workers 12.0%.
Climate: The local climate is warm and temperate, but the winter months are relatively cold. Average temperatures: January max 26, min 12; July max 13, min 5.
Major employers: Sheep grazing and agriculture are the primary industries in this region, which produces 15% of Australia’s wool clip. The health, education and retail also employ a significant number of residents.
Education: There are a number of public and schools for primary and secondary students plus tertiary options including a campus of RMIT University and South West TAFE.
Healthcare: In addition to multiple GP clinics, there is the Hamilton Base Hospital that has a 24-hour emergency service.
NBN: Fibre To The Node (FTTN)
Transport: VLine coach and rail services operate twice daily to Melbourne.
Property: The median sale price of a house in Hamilton is $280,500 and $204,500 for units, according to realestate.com.au. In the last five year there has been a 6 percent increase in house values.
Sports & recreation: There are numerous clubs representing the traditional sports of football, cricket, hockey, netball and swimming. The Hamilton Indoor Leisure and Aquatic Centre (HILAC) is home to local basketball and there’s an outdoor Olympic pool that is regularly used for leisure and competitive swimming.
Arts & culture. Hamilton is home to one of Australia’s finest regional galleries; and a performing arts centre that has a 500-seat auditorium.
Council: www.sthgrampians.vic.gov.au 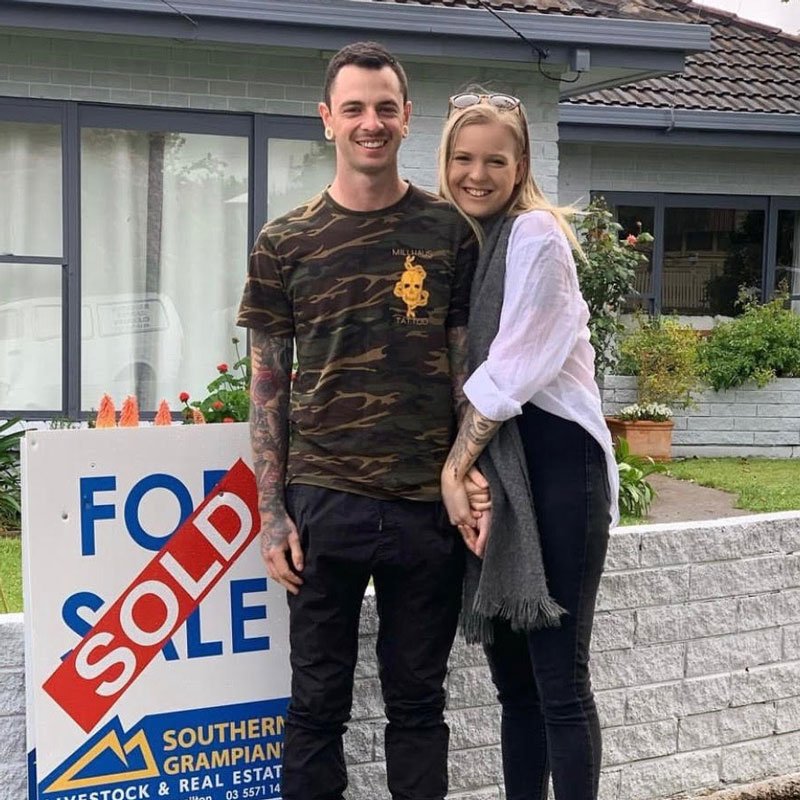 I grew up in Geelong and my partner Alex grew up in Hamilton. He was living with me in Geelong and we were wanting to buy a house, but it was just way out of our price range. We have a couple of dogs, and we couldn’t find something that really suited us and if we did buy a house for around $500,000 to $600,000, we would be living really tight.

So just through curiosity, we looked at houses in Hamilton and it was like half the price! I was shocked. I knew houses would be cheaper because it’s in the country and not the city, but were able to buy a three -bedroom house on a 900sqm block for $240,000. The only thing that needed to be done was cosmetic, just painting and that sort of thing.

Not only could we afford it, but our (mortgage) repayments were cheaper that what we were paying in rent.

It was definitely hard to leave my family, but at the end of the day, it’s only a two-and-a-half-hour trip back to Geelong, so it’s just one of those things that you end up making a weekend out of it.

It’s been so easy to make friends down here, because everyone has this whole different attitude. People aren’t in a rush, even just the driving – there’s no road rage, everyone just takes their time. We’ll be driving down a country road in Alex’s ute and everyone will wave to us.

It’s very family oriented too – we’re expecting a baby in July. It’s funny, I never thought that this is where I’d be when we had kids, but we have really fallen into the country lifestyle.

I’d much rather raise kids here, because I think I would have liked to have this when I was growing up. Kids here are so different. I find them very outgoing, they are 100 percent freer.

Friends of ours have a little girl who will go out and feed the lambs herself, and she’s just so independent for a three-year old.

I’ve never ridden a horse, or been around farms, so I’m so excited to raise our daughter here.

I have always liked the country better than the coast. Halls Gap is my favourite place to go to around this area. I like the Halls Gap Zoo and doing some hiking. Everywhere is so beautiful. Dunkeld for instance is just 15 mins from us, and it’s like this little hidden gem.