Wimmera capital delivers a lifestyle with the lot 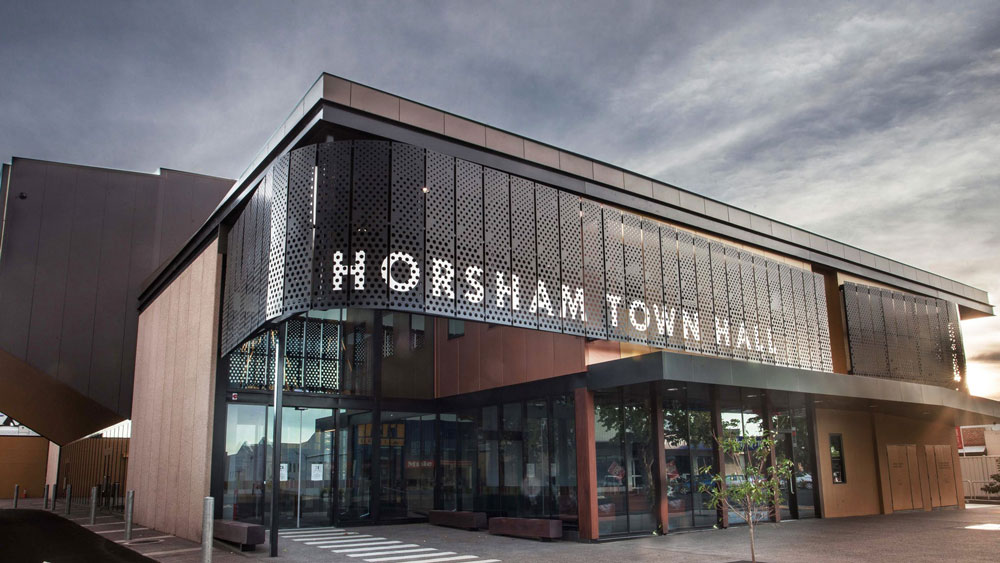 If you stroll along the Wimmera River banks in Horsham, enjoying the red gums and the chorus of birds, it’s easy to forget you’re in a bustling regional capital.

The tracks are popular with walkers and cyclists who soak up the river views and wildlife in the parkland setting. It’s relaxing, it’s liberating and it is only a stone’s throw from the town centre.

Horsham, the capital of Victoria’s Wimmera region, gives its residents the best of both worlds. You get a thriving rural city with an attractive streetscape and a wide range of facilities coupled with space to spread your wings and enjoy recreation and nature. With the river to the town’s south, great parks and gardens, you’ve also got the wonders of the Gariwerd/Grampians National Park, which is rich with Aboriginal rock art sites, and world-class rock-climbing mecca Mt Arapiles a short drive away. Green Lake, a recreational favourite with Horsham residents, is even closer.

Horsham’s retail precinct forms a grid in the centre of town. Firebrace Street, with its roundabouts filled with flowers and St John’s Anglican Church at its northern end, cuts through the middle of the commercial centre. From cafes, pubs and restaurants, to banks, clothing boutiques, post office, newsagency, supermarkets and white-goods stores, you’ll find everything you need within walking distance. The regional centre also features a Kmart store at Horsham Plaza and a Target at Horsham Gateway Centre, as well as Mitre 10 and Bunnings stores.

With a population of more than 16,500, Horsham stands at the junction of the Wimmera, Henty and Western highways and on the Adelaide-Melbourne rail line. About 300 kilometres north-west of Victoria’s capital, it is surrounded by rich dryland and broad-acre agriculture and is part of the Rural City of Horsham local government area.

Horsham provides many government and community services across the region. It has government and non-government primary and secondary schools, kindergartens, a Federation University campus, agricultural college Longerenong, a library, base hospital, medical and aged-care centres, major supermarkets, airport, bus network and police station. There is also a Grains Innovation Park, a cutting-edge research facility with an international reputation. 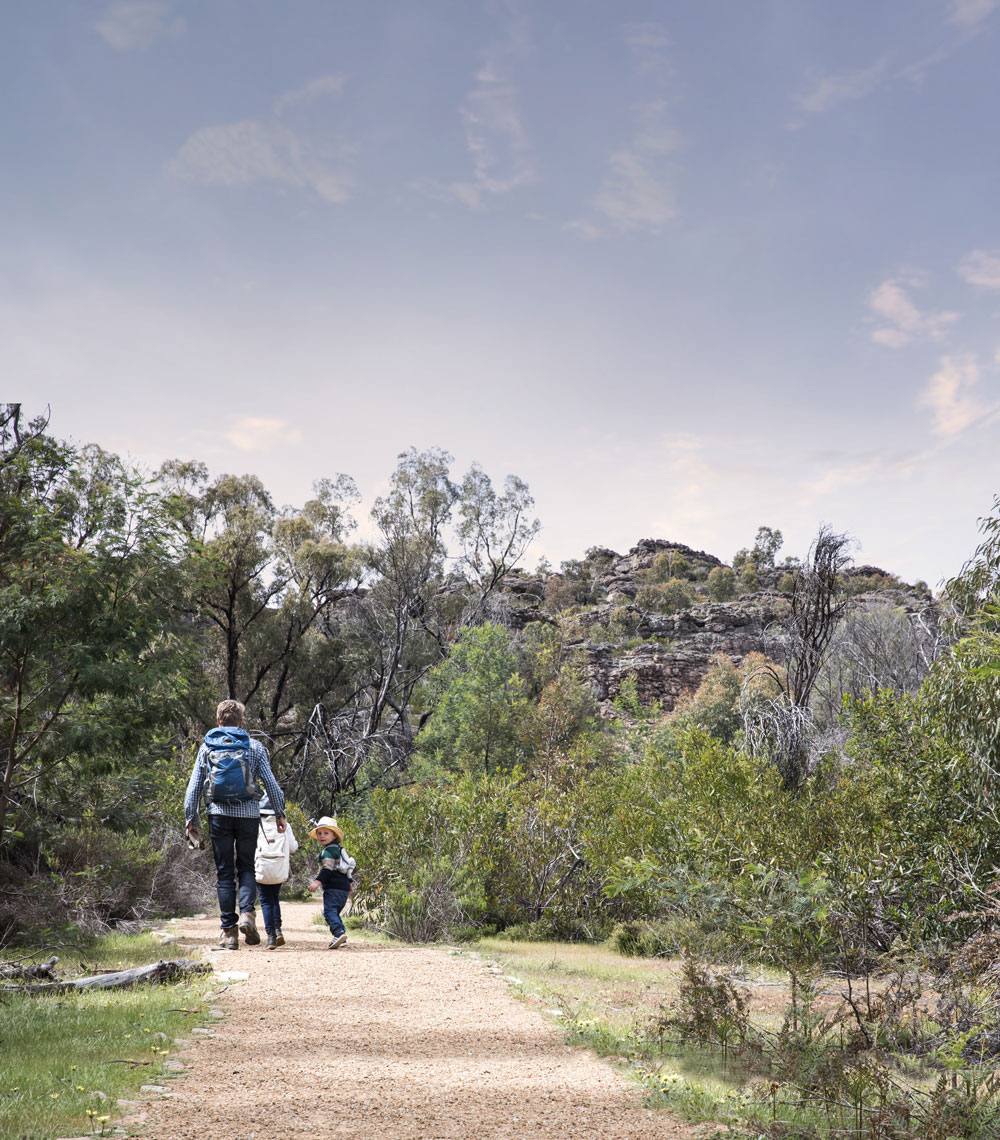 “People can enjoy a range of arts festivals … or throw a line in the Wimmera River during the annual fishing comp, attend local markets, or marvel at the massive four-day Wimmera Machinery Field Days at nearby Longerenong.”

If you love golf, the attractive 18-hole course has you covered. There are also football/netball clubs, an outdoor velodrome, basketball stadium, bowls, squash centre, cricket, tennis, hockey, horse racing and greyhound racing. Horsham Aquatic Centre, with indoor swimming pools, a gym and an outdoor Olympic pool, will also impress. Or maybe you just want to relax in the Horsham Botanic Gardens designed by William Guilfoyle, the man responsible for the layout of Melbourne’s botanic gardens. Other popular parks include May Park, Weir Park and Sawyer Park and the boardwalks downstream of Horsham’s weir are well worth a wander.

When it comes to arts and culture, this regional centre packs a punch. With the $19.8 million redevelopment of the Horsham Town Hall complex now complete, the town boasts world-class performance, arts and conference spaces including a 500-seat theatre and a quality regional art gallery. A maker’s gallery is also popular and Horsham Arts Council puts on productions each year. You can also check out the cinema.

People can enjoy a range of arts festivals, all run by passionate community members. But if art is not your scene, throw a line in the Wimmera River during the annual fishing comp, attend local markets, or marvel at the massive four-day Wimmera Machinery Field Days at nearby Longerenong.

While primary production is a huge contributor to the region’s economy, health care, education, training, local government and the retail sector are major employers in town. Development of a $650 million two-stage wind farm with 99 turbines is underway at Murra Warra, 25 kilometres north of Horsham. The renewable-energy project is due for completion in mid-2022.

A meandering drive through Horsham’s quiet residential streets reveals a range of housing opportunities. With the city’s median house price standing at $264,500, it’s an attractive option compared to the cost of Melbourne real estate. Whether you’re after a house and land package, a unit, a newly-built large home or a fixer-upper, Horsham’s housing market is well worth a look. 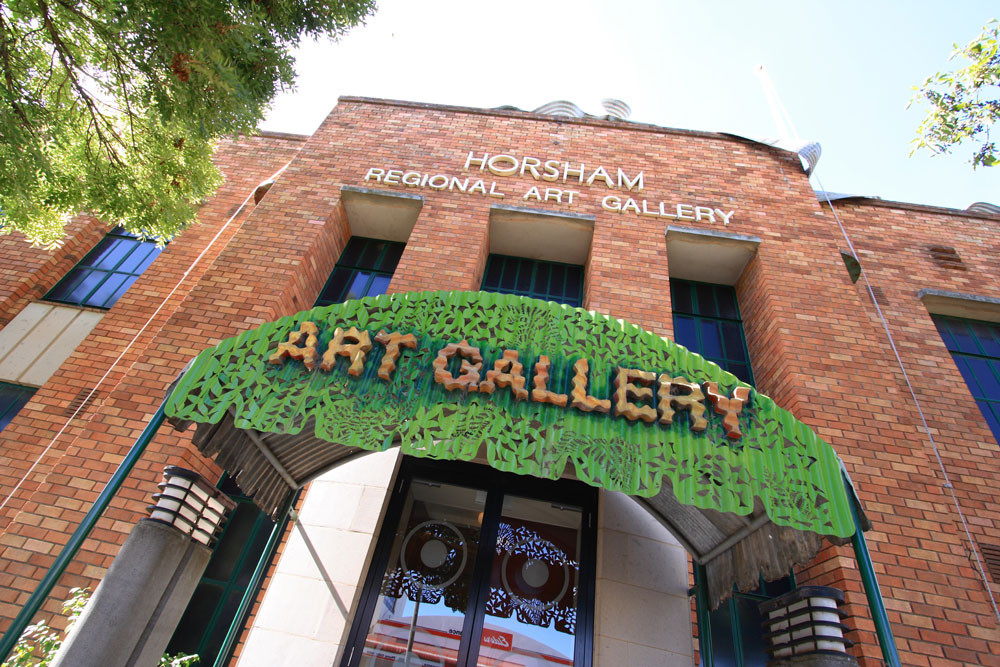 The Traditional Custodians of the land on which Horsham stands are the Wotjobaluk, Wergaia, Jupagalk, Jaadwa and Jadawadjali people.

WATTLE ROAD 🖤: The Grampians and Mt Arapiles provide the most beautiful environment for outdoor activity; and the depth of education options, from primary through to tertiary, is great.
DISTANCE FROM MELBOURNE: 300km
POPULATION: 16,500
WHO LIVES HERE?
According to the 2016 Census:
♦ The median age of people in Horsham was 41 years. Children aged 0 – 14 years made up 18.5% of the population and people aged 65 years and over made up 21.6%.
♦ Of the families in Horsham, 36.7% were couple families with children, 43.7% were couple families without children and 18.0% were one parent families.
♦ 86.9% of people were born in Australia. The most common countries of birth were England 1.1%, India 0.8%, Philippines 0.6%, New Zealand 0.5% and Italy 0.4%.
♦ The most common occupations in Horsham included professionals 18.6%, technicians and trades workers 14.4%, managers 12.4%, sales workers 12.4%, and community and personal service workers 12.2%.
CLIMATE: Warm and temperate, with a great deal of rainfall even in the driest month. January average temperatures, max 29ºC, min 12.3ºC. July average temperatures, max 13.8ºC, min 3.8ºC.
MAJOR EMPLOYERS: Agribusiness, Local government, health care and financial services.
SCHOOLS: Primary education is provided by Horsham Primary School which has 443 students and Horsham West and Have Primary School which 671 pupils. The private primary schools include St Brigid’s College, St Michael and St John’s School and the P-12 Holy Trinity Lutheran College. Secondary options include Horsham College and Holy Trinity Lutheran College. There is also a special school that provides education programs for students aged 5 – 18.  Tertiary options are a Federation University campus and Longerenong College that specialises in agriculture and land-management.
HEALTH CARE: The Wimmera Health Care Group operates the Wimmera Base Hospital which has an ICU and a 24-hour emergency department. It also provides services including community health programs, specialist cancer treatment, rehabilitation, aged care, dental health diabtes education and mental health programs.
NBN CONNECTION: Fibre To The Node (FTTN)
PROPERTY PRICES: The median sale price of houses is $265,000. For units is it $230,000. Property values have increased by 5.7% in the last 12 months.
SPORTS & RECREATION: There’s an 18-hole golf course and club, football-netball clubs, an outdoor velodrome, basketball stadium, bowls, squash centre, cricket, tennis, hockey, horse racing and greyhound racing and an aquatic centre.
ARTS & CULTURE: The town has a 500-seat theatre, a regional art gallery, a makers’ gallery and the Horsham Arts Council stages productions each year.
COUNCIL: hrcc.vic.gov.au 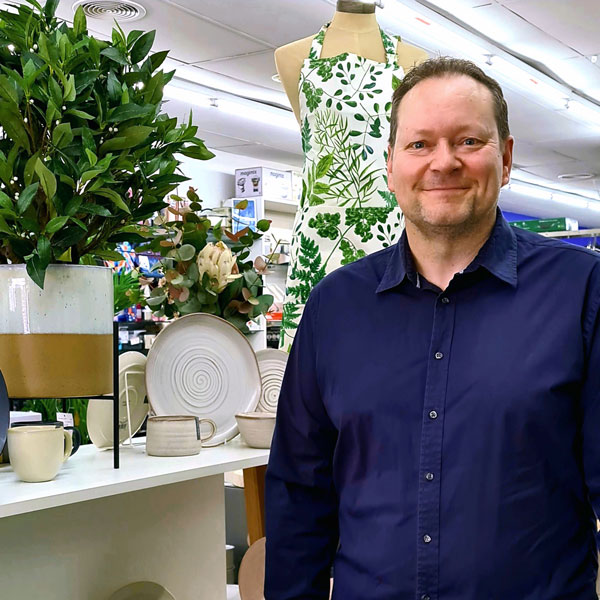 I’ve lived in Horsham all my life apart from my years at college. I love it because of the liveability. There’s the moderate cost of living – the median house price is a bit under $300,000 – and it’s clean and spacious. And people in the town have back yards, which are real social spaces. We love entertaining at home, having our friends around for dinner and barbecues.

We’ve got great schools here. Kids can comfortably ride their bikes or walk to school. It’s all about being close to home and friends, and being able to enjoy a relaxed lifestyle. It takes me five minutes to drive to work, ten minutes if I take a push bike. That hardly rates as a commute.

There is also a great new arts centre, heaps of sporting and social clubs to be part of and if you want to get out for the afternoon, the Grampians are at your back door and Mt Arapiles is just down the road. We love getting out in the Grampians, spending time in the bush. We also swim in the Wimmera River and there are kilometres of sealed paths along the river now for walking and riding bikes.

The town is much more multicultural and diverse than it used to be and that makes it so much more interesting. Horsham’s got a population of about 17,000, but it services a really significant area of Victoria and has evolved into a major shopping centre that offers a really good shopping precinct.

I think that Horsham’s an ideal place for young families, because you have that sense of being a rural city with aspects of the small town where people look out for each other. It’s pretty damn good here.