Jewel of the coast a feast of natural beauty

Lorne has two personalities: It’s a sleepy little town in winter and a buzzing tourist hot-spot in summer. The long stretch of beach is filled with surfers and families, houses dot the forest thick hills and local businesses cater to your every need, but it’s the vibrant community that makes Lorne great.

Lorne is a one-hour drive from Geelong along the Great Ocean Road. The winding bends and picturesque lookouts might make the trip a little longer, but they also make it worthwhile. Alternatively, you can drive the back way, via Deans Marsh through the hills, which has beautiful forests and rolling pastures to enjoy.

Your destination is situated between a long stretch of relatively safe surf beach and a forest. The Cumberland River flows into the ocean here which adds a bend to Lorne, giving the town a little more space to flourish as houses perch above the beach and up into the hills.

The local population count is 1100, but it balloons in the summer as people make the pilgrimage down the Great Ocean Road. Lorne is not a pretentious town though, while holiday-makers fill the rentals and hotels, they still wear thongs and bare feet down the shops.

This town has a culture that welcomes new ideas and businesses. In recent years, a range of fantastic restaurants and bars have opened to cater to the summer crowd which stay open all year round and build loyalty amongst the locals. It’s the sort of place where the barista remembers your name the second time you go for coffee.

The beach brings people to Lorne but it’s the community that sets it apart from other coastal towns. Lorne enjoys its tourist destination tag because tourism brings the events, the shops and the tasty food that locals get to enjoy all year round. 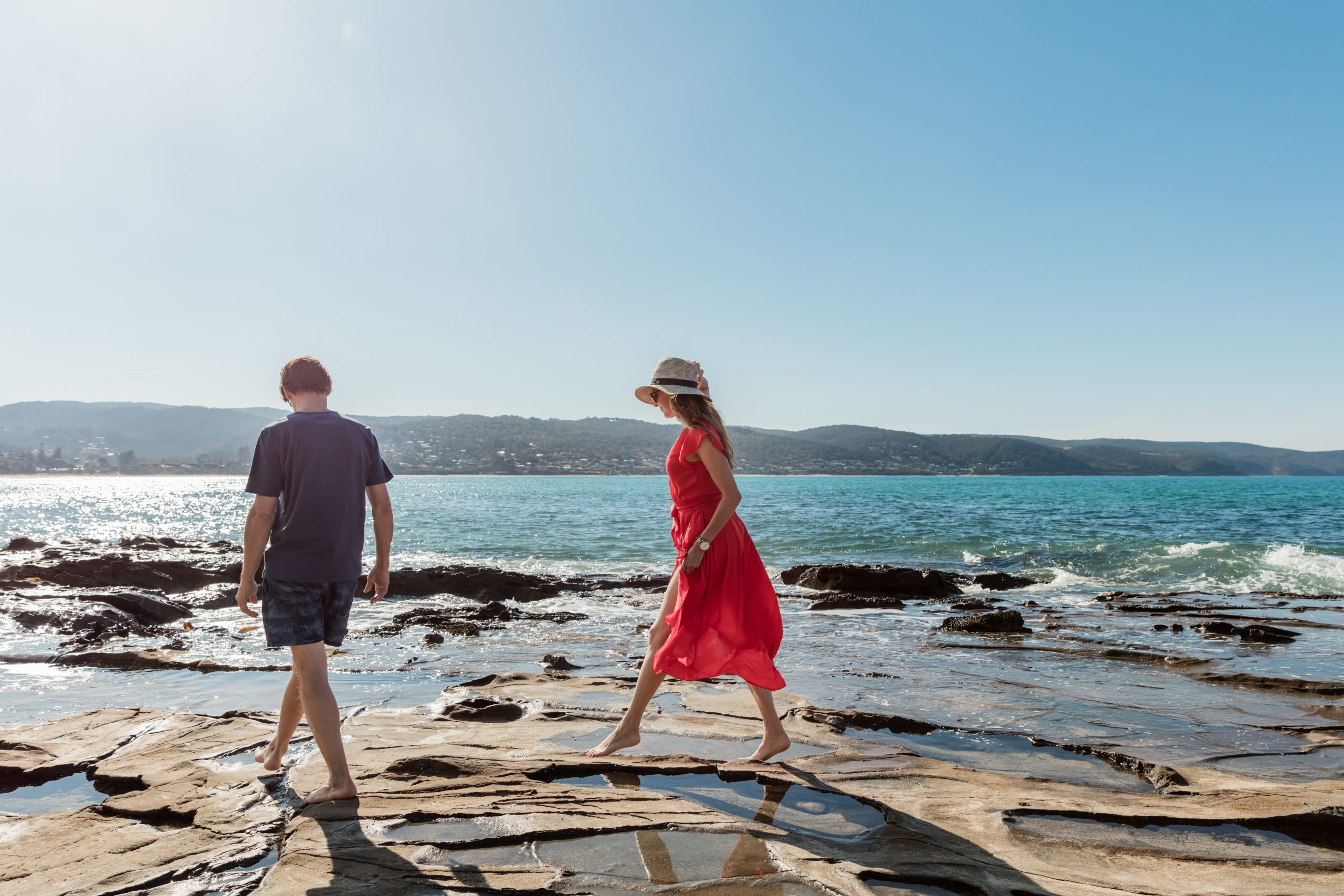 Newcomers will soon discover that there are many clubs that bind the local community. There is a surf lifesaving club, an anglers club, a football and netball club and a golf club. While the bookstore, library and Lorne Community House host events such as book launches, book clubs and a community garden.

Local families in the area are lucky to have a Prep to Year 12 school located right in the heart of Lorne.  The college has served the community since 1879 and attracts children from around the district. Its current student population is 180.

Lorne hosts lots of events throughout the year. The famous Pier to the Pub ocean swim, originated with a bunch of locals who jumped off the pier for a swim and ran into the pub for a beer, now attracts people from all over Australia and creates a festival vibe in January. The Falls Music and Arts Festival features world-class artists over the New Year period and the Lorne Sculpture Biennale showcases works along the foreshore.

While many of the houses in Lorne are holiday homes or rentals, there’s no denying the spectacular range of properties. The steep inclines create a challenge for architects as houses compete for a glimpse of the view while still holding onto the ground. As you make your way further into the hills, the houses turn their back on the water and the focus becomes the luscious rainforest that surrounds Lorne.

A popular day hike is to Erskine Falls, a picturesque waterfall that you can swim in if you’re feeling brave. There is also good mountain-biking and running trails nearby.

The beach brings people to Lorne but it’s the community that sets it apart from other coastal towns. Lorne enjoys its tourist destination tag because tourism brings the events, the shops and the tasty food that locals get to enjoy all year round.

For buyers looking to get into the market, the median house price is $1,555,000. Property values have increased by 32.9 percent in the last 12 months

The Traditional Custodians of the land on which Lorne stands are the Wadawurrung people.

WATTLE ROAD 🖤 The enticing mix of natural beauty and man-made buzz that makes Lorne both a relaxing and exciting place to be.
DISTANCE FROM MELBOURNE: 141 kms
POPULATION: 1114
WHO LIVES HERE?
According to the 2016 Census:
♦ The median age of people in Lorne was 53 years. Children aged 0 – 14 years made up 13.3% of the population and people aged 65 years and over made up 28.7%.
♦ Of the families in Lorne, 32.5% were couple families with children, 53.8% were couple families without children and 11.6% were one parent families.
♦ 73.3% of people were born in Australia. The most common countries of birth were England 4.0%, New Zealand 2.8%, Philippines 1.4%, India 1.1% and Ireland 0.8%.
♦ The most common occupations in Lorne included managers 23.0%, technicians and trades Workers 17.7%, professionals 15.0%, labourers 11.3%, and community and personal service workers 11.1%.
CLIMATE: Summer, average temperature min 10.8ºC, max 21.5ºC. Winter, average temperature min 6.9ºC, max 13ºC.
MAJOR EMPLOYERS: Tourism, retail and health care
SCHOOLS: Lorne P-12 College.
HEALTH CARE: The Lorne Community Hospital and Otway Health operate as part of Great Ocean Road Health. Otway Health, a multipurpose health service, provides community health programs, aged care and respite, community nursing, physiotherapy and counselling among its services. The Lorne Medical Centre has a team of general practitioners and specialised practice nurses.
NBN CONNECTION: Fibre To The Node (FTTN)
PROPERTY PRICES: Median house price is $1,555,000
SPORTS & RECREATION: Lorne Surf Life Saving club is located at the main surf beach. The Lorne Football and Netball club stadium is about to undergo a major redevelopment. There is also an Anglers club near the pier. Lorne Community House is a great support for parents with a playgroup and community garden.
ARTS & CULTURE: The Lorne Festival of Performing Arts is in October, Falls Music and Arts Festival and the Lorne Sculpture Biennale
COUNCIL: www.surfcoast.vic.gov.au 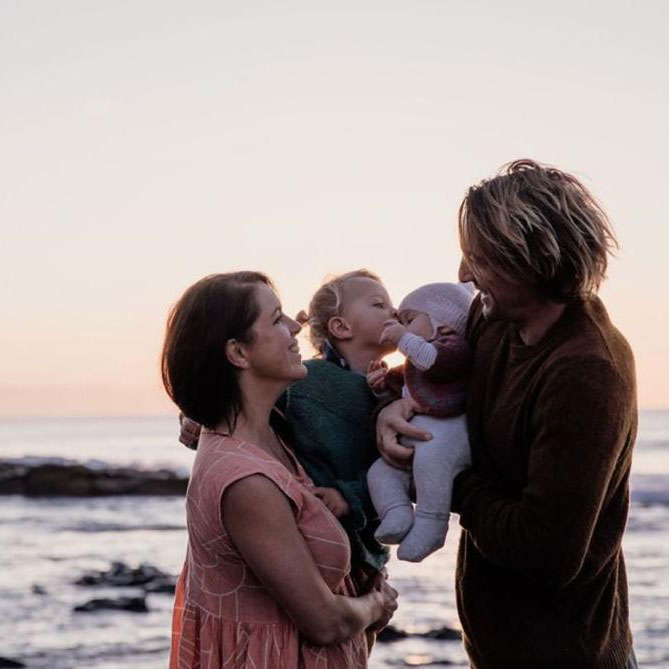 I moved to Lorne eight years ago, from the Northern Beaches of Sydney and, I love it down here. A friend of mine invited me to Falls Festival where I randomly ran into this girl I met in Mexico a few years earlier. I went back to Sydney once in the next eight months, just to pack my life up, move down here for good and get married.

I’m a bit of an introvert, so if I miss one thing about Sydney it’s my mates, but people down here are so nice. Like when I go surfing, I rock up to the carpark and everyone’s up for a chat. And even in town, like I know everyone at the supermarket, the hospital, the post office – everyone knows everyone and it’s great.

My two boys, who are three and nine months, are definitely going to join the Surf Life Saving club when they’re old enough. But for now, the three-year-old is at playgroup, where the group ranges in size from four to 10 kids. Most of them are my mate’s kids anyway, so he loves it there and the teachers are awesome.

I run surf tours overseas, so I’m pretty lucky with work. So often thought I find myself in some crazy place overseas and think I just can’t wait to get back to Lorne. My wife is a relationship coach and author who runs workshops down here.

I love the Great Ocean Road. There are no traffic lights and heaps of surfing, fishing, foiling and recently, even a bit of hunting deer in the national park. 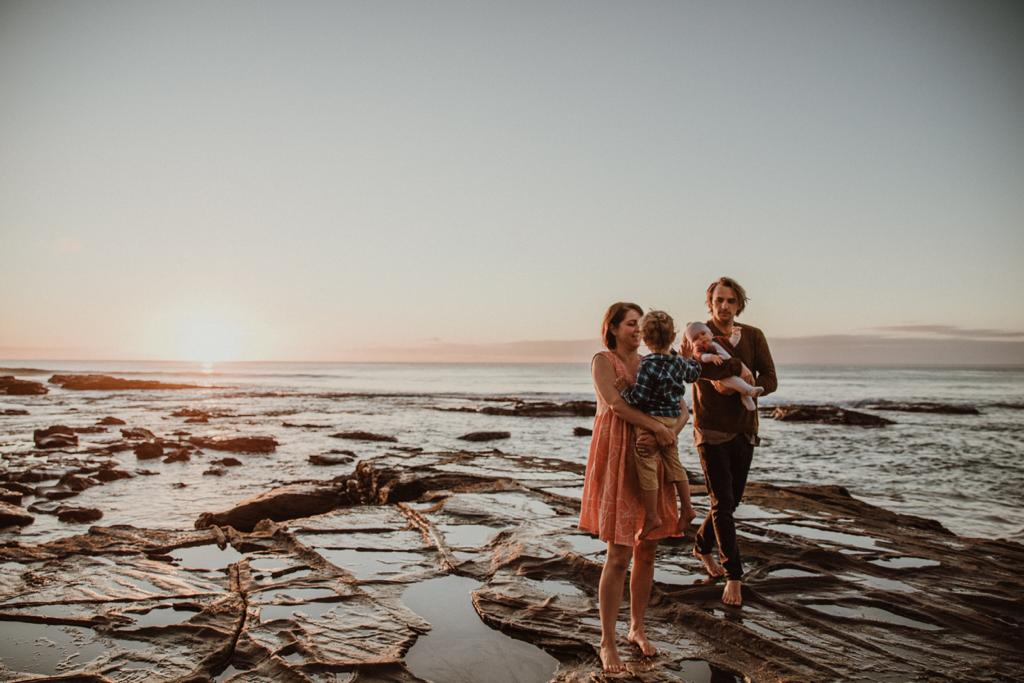