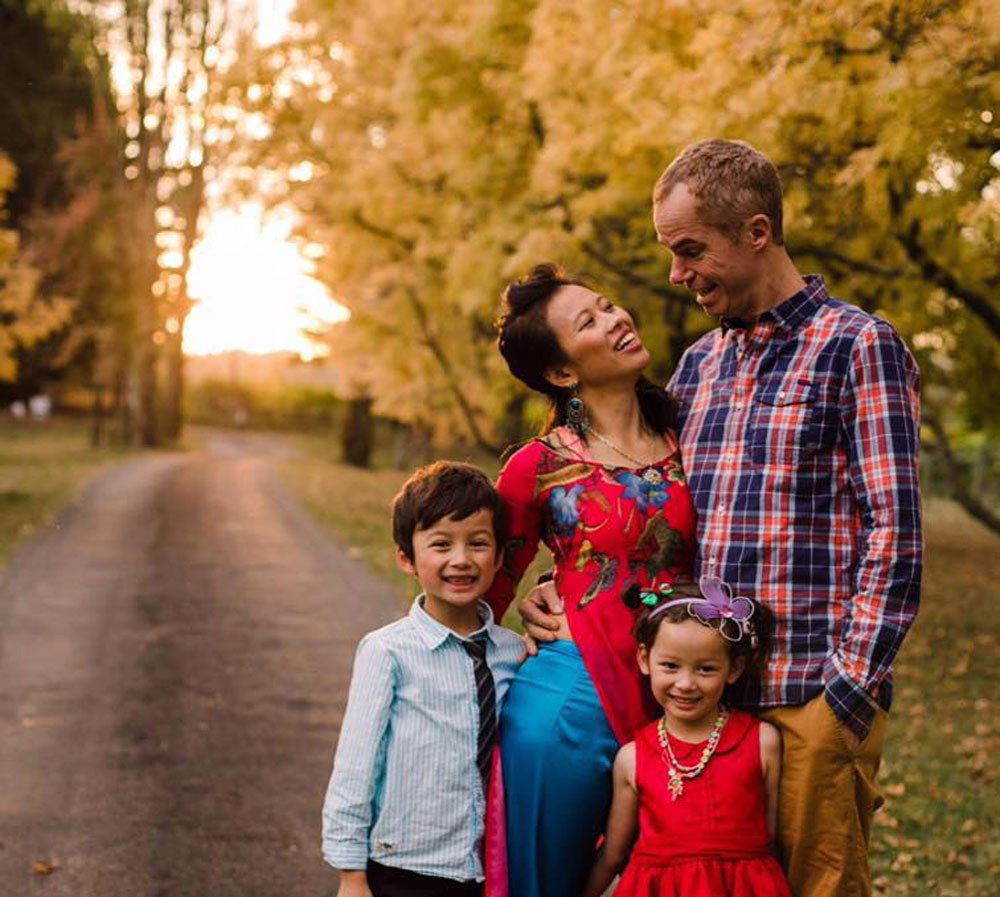 How a marvellous adventure finally paid off

If you’re ever in Orange, drop into café Factory Espresso and say hello to Nick and Ruby Gleeson. The brave young couple put everything on the line when they left Sydney to start a new life in regional NSW

Every morning Nick and Ruby Gleeson read the words of the 30th president of the United States.

Handwritten and stuck to the mirror they ready themselves in front of every day, reads the Calvin Coolidge quote:

“Just press on. Nothing in this world can take the place of persistence. Talent will not. Nothing is more common than unsuccessful men with talent. Genius will not. Unrewarded genius is almost a proverb. Education will not. The world is full of educated derelicts. Persistence and determination alone are omnipotent.”

It’s a motto the Orange cafe owners have lived their life by.

“You can have everything in the world, but if you don’t have good, old-fashioned hard yakka, you’re going to be left behind,” Nick says.

Those poignant words have never rung more true than they have in the past five years for Ruby, Nick and their children, Henry and Angela.

It’s hard to picture it now, with the tables of their cafe, Factory Espresso, full with regular customers streaming in from Orange’s Kite St, but just five years ago the couple were wondering if they’d bitten off far more than they could cope with.

Residents from Sydney’s lower north shore suburb of Wollstonecraft, Nick and Ruby decided to make a huge tree change and buy the cafe in Orange despite neither having run a cafe or owned a business before.

For the past decade, Nick had worked in sales for a company that sold and rented television production equipment to the TV industry, while Ruby had been a stay-at-home mum.

It was a considerable leap of faith for the family to pack up and head to regional NSW, especially when the timeframe between hearing about Factory Espresso being for sale and buying the property, was just a month.

“It was quick and we jumped in feet first,” Nick explains.

“I overheard a conversation at my friend’s, daughter’s birthday party about this little cafe in Orange being for sale and, as it turned out, my best friend’s brother was the agent for selling the business. 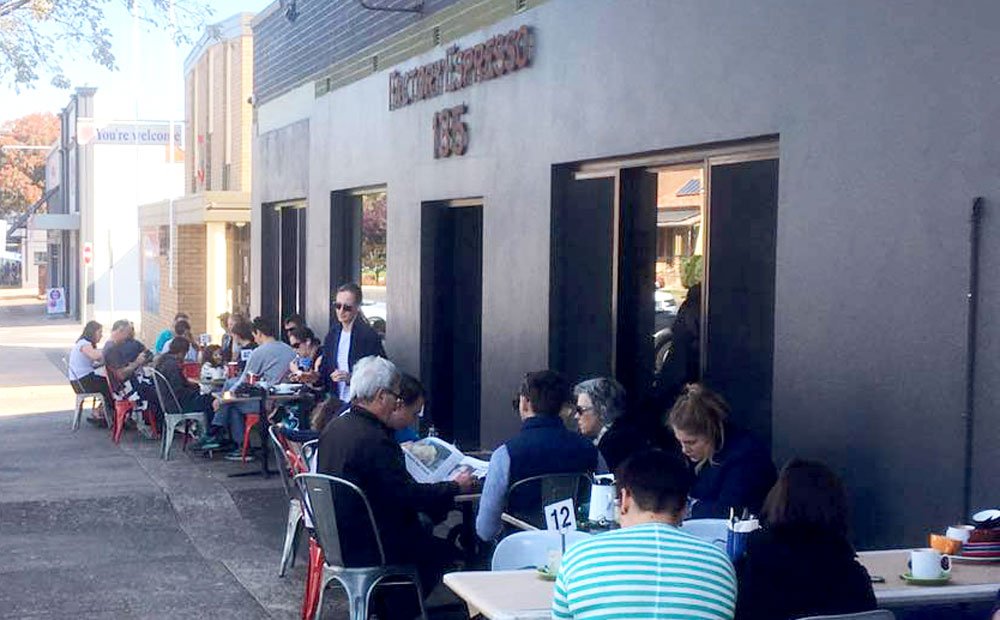 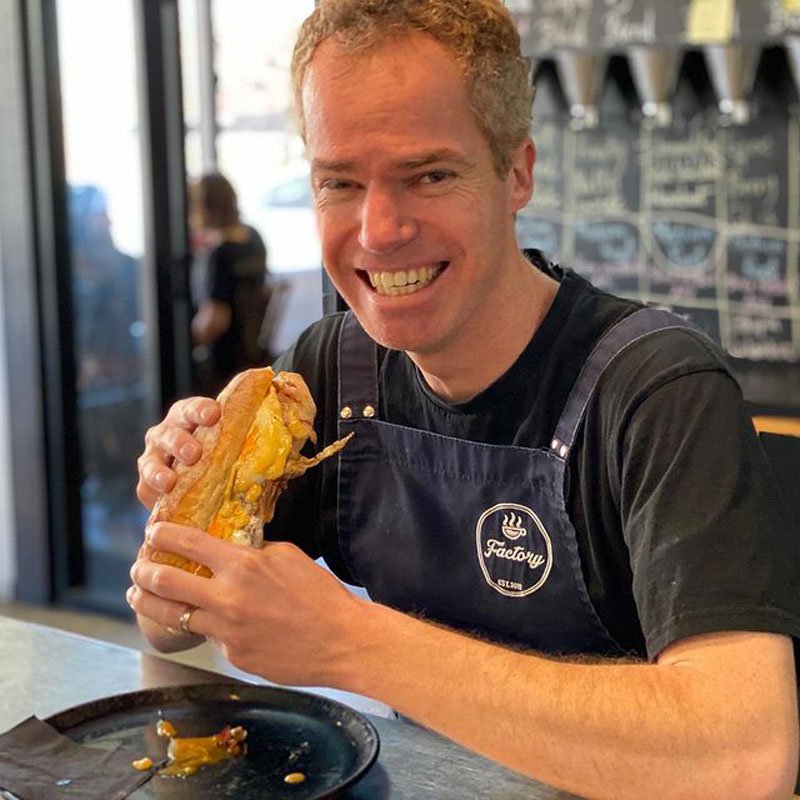 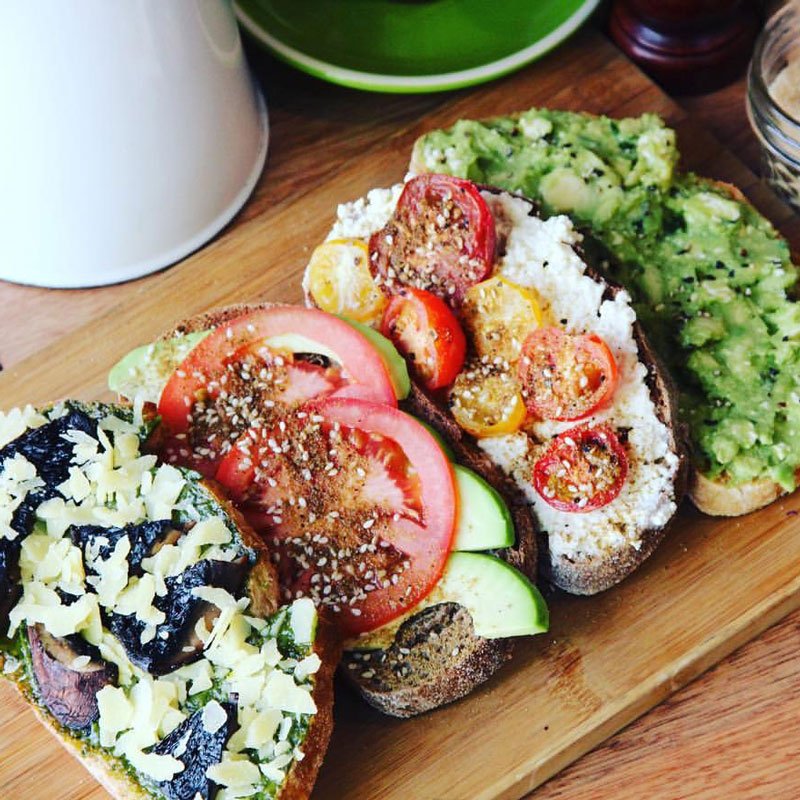 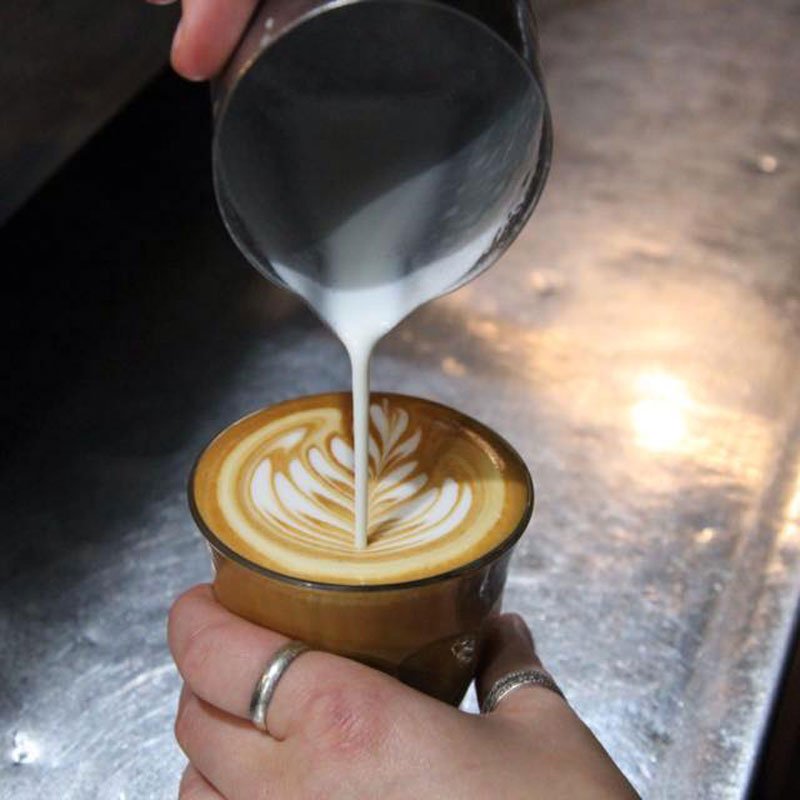 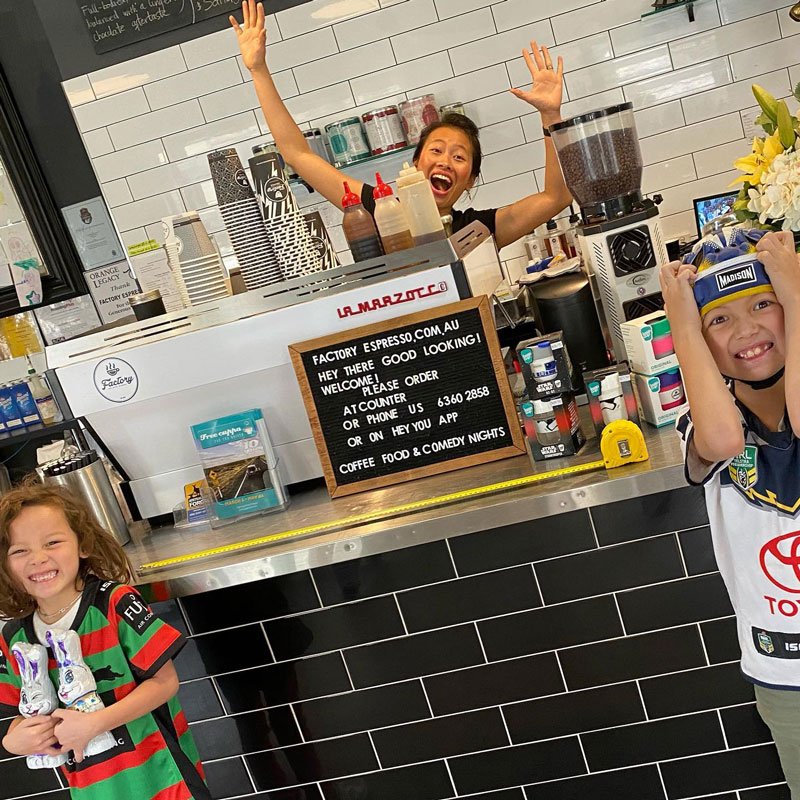 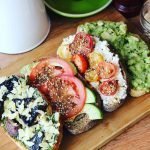 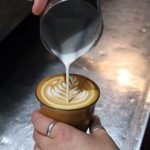 Top pic: Former Sydney-siders Nick and Ruby Gleeson with their children Henry and Angela now call Orange home. Above: Factory Espresso, the cafe that became the ticket to Nick and Ruby’s new life in regional NSW.

As luck would have it, Nick’s best friend had run several cafes previously and came in as a business partner.

“We were smart enough to know that we didn’t know everything,” Nick laughs.

Soon enough that realisation hit home. The couple struggled in the first weeks and months to get used to their new surroundings, their new roles and to keep the business afloat.

Customer numbers thinned out, some staff left and anxiety levels hit an all-time high as the pair muddled through ordering, rostering, running the cafe and needing a loan to pay their first large BAS bill.

Nick often spent the mornings dry-retching due to the adrenaline and nerves coursing through his body.

“I was suffering from such anxiety and thinking, ‘What have we done? We’re going to lose our house in Sydney’,” Nick says.

While Ruby was also struggling with the realisation that they had “put everything on the line”, Nick says it was her strength and wisdom that helped him believe in himself and turn things around.

“Ruby said, ‘The difference is that we’re in control of our destiny now. We can make a go of this, and the effort that we put in will go towards our future,” Nick recalls.

For Ruby, the toughest challenge was the stress running the cafe placed on their marriage at home.

It wasn’t until their business partner’s wife explained that Ruby needed to look at their marriage differently in their new normal, that things fell into place.

“In the first six months I was shocked to the core,” Ruby says.

“Then it clicked that I had to change my expectations and just go with the flow.”

Ruby and Nick joke that they still haven’t mastered the cafe game, but realistically they say it took a year to feel like they were going to make it.

Before they bought Factory Espresso, the couple made a reconnaissance mission to see the business and check out what Orange was like.

Known for its snowy winters, bright autumn foliage and its food and wine bowl, it was love at first sight for the Gleesons.

“We just said, ‘Wow, this is it. We’re moving here and we’re buying this business’,” Ruby recalls.

“It’s such a beautiful place.”

In the early days, before they were well-known faces in Orange, Nick says the community was welcoming and friendly.

“Everyone was saying, ‘We want to turn up to support you because we want to make sure you’re here at the end’. It was just beautiful.”.

The couple have found their favourite places to dine out and made some strong friendships; and Henry and Angela have thrived at the local Anglican school.

For Ruby, who moved from Vietnam to Australia 13 years ago, making connections in Orange was never going to be as hard as her transition from Hanoi to Sydney.

“Relationships are like a brick wall, you have to build them brick by brick,” Ruby says.

“With the kids going to school, I started building relationships with quite a few families and couples here in Orange, that we are now proud to call friends, and hang out with them for barbecues or going out for dinner.

While the cafe is still a lot of hard work, the fun has increased 10-fold there as well.

Ruby and Nick have a philosophy of giving, and they say supporting the Orange community in small ways has not only sent out good karma, but recouped it.

During their time at Factory Espresso, they have offered free coffee to the town’s Charles Sturt University students, implemented environmentally-friendly keep cups and provided a 50c discount when you use one.

They have a loyalty card program for their patrons, give free coffee cards to local businesses so they can hand them out to their clients and they also support initiatives such as the Salvation Army’s shelter support, where on one day every year, $1 from every coffee sold goes to the charity.

“Initially we were the first ones who were involved in that,” Nick says.

“But now they’ve got all the cafes involved.

“The Orange community is just great and, if you look after them, it will come back to you in spades.”

Ruby and Nick have also been instrumental in putting Orange on the map when it comes to stand-up comedy – with a little help from Nick’s brother, Gold Logie winner and Hard Quiz host Tom Gleeson.

The idea to host comedy nights at the cafe struck Nick as he and Ruby returned from a date night at a local restaurant that had live music.

“Driving home, I said to Ruby, ‘You know that night we just had? We should do that, but with comedy,” Nick recalls.

“She just looked at me, her jaw dropped and we just both said ‘Yes!’ “

“Of course I knew just the person to do the show, but when I couldn’t get a hold of Hughesy, I called Tom instead.”

Tom took to the stage for the first time at Factory Espresso in October 2017 and since then some of the country’s biggest comedians have toured Orange, including Tony Martin, Sam Simmons, Akmal Saleh and Peter Berner.

“Sure enough, these days we’re starting to get calls from comedians wanting to do the show and big names, like Peter Berner, wanting to come back.”

But even more than their personal success, Ruby and Nick love that the comedy nights lift the community’s spirit.

“The main thing is, it makes people laugh,” Ruby says.

“That’s the most satisfying part.”

Like all Australian businesses, Factory Espresso has had to deal with the hardship caused by COVID-19.

From lockdowns and shutdowns to takeaway-only, social distancing and reduced table seating, in the cafe and at the comedy nights, Ruby and Nick have navigated it all.

And the most positive thing to come from COVID-19 has been the resounding support the community has given Ruby and Nick.

“People just kept turning up,” says Nick.” Everyone’s saying, ‘We want to turn up to support you because we want to make sure you’re here at the end’.

“It was just beautiful.”

That’s how you know you’ve really made it in the country. 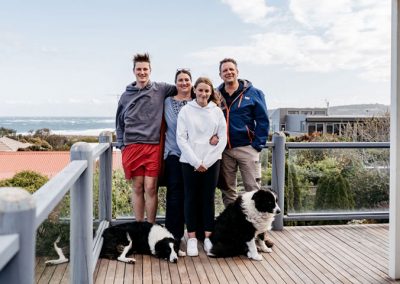 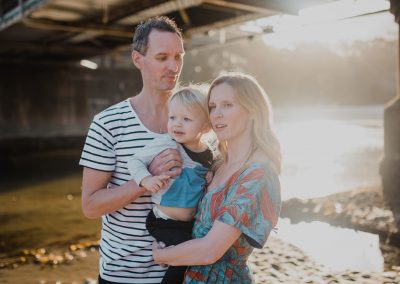 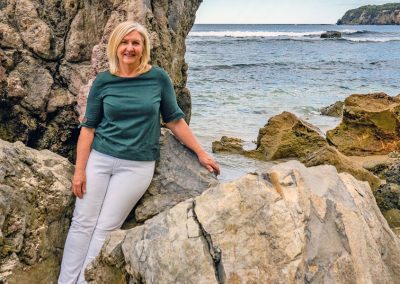