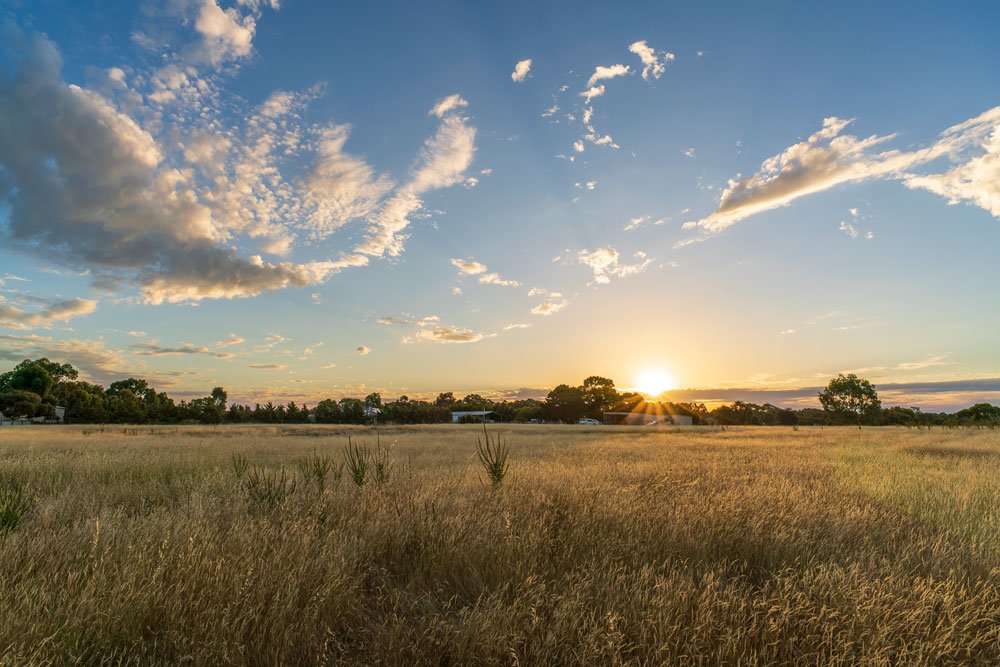 Teesdale is one of a number of thriving towns in the Golden Plains Shire, in western Victoria, and part of the area’s Food Production Precinct. This precinct, all 4000 hectares of intensive agriculture, is Victoria’s food bowl, and so it is no surprise that much of the success of the towns lies in agri-business.

In the last decade Teesdale’s population has grown a staggering 70 percent. It now has 1721 residents. Young families have moved in, lured by the availability of large blocks and cheaper land prices. Add to the mix Teesdale’s proximity to larger towns and cities and it’s possible to feel you’ve got it all: the dream of space for the kids, a lovely new house, all within striking distance of larger cities, such as Geelong, Ballarat and Melbourne.

Not surprisingly, given the influx of families, the primary school is a lively hub and Teesdale is the kind of place where it takes a while for the kids to spill out of school. No one seems in a hurry, and many children walk home, either with parents or in little groups of friends. Then, on a nice day, it’s down to the creek, where there is the Turtle Bend reserve with its playground equipment, a skate park and bike jumps, and plenty of adventuring to be done.

The Turtle Bend pavilion is an important place where the community gather for live concerts, Christmas carols and less formal events. The long-necked turtle, an inhabitant of the creek, is the town’s motif or totem.

The school children use the creek and surrounding area for active study of environment and sustainability.

A few kilometres to the west on the Shelford Rd. there is a new 4 ha reserve called Bakers Lane Reserve. 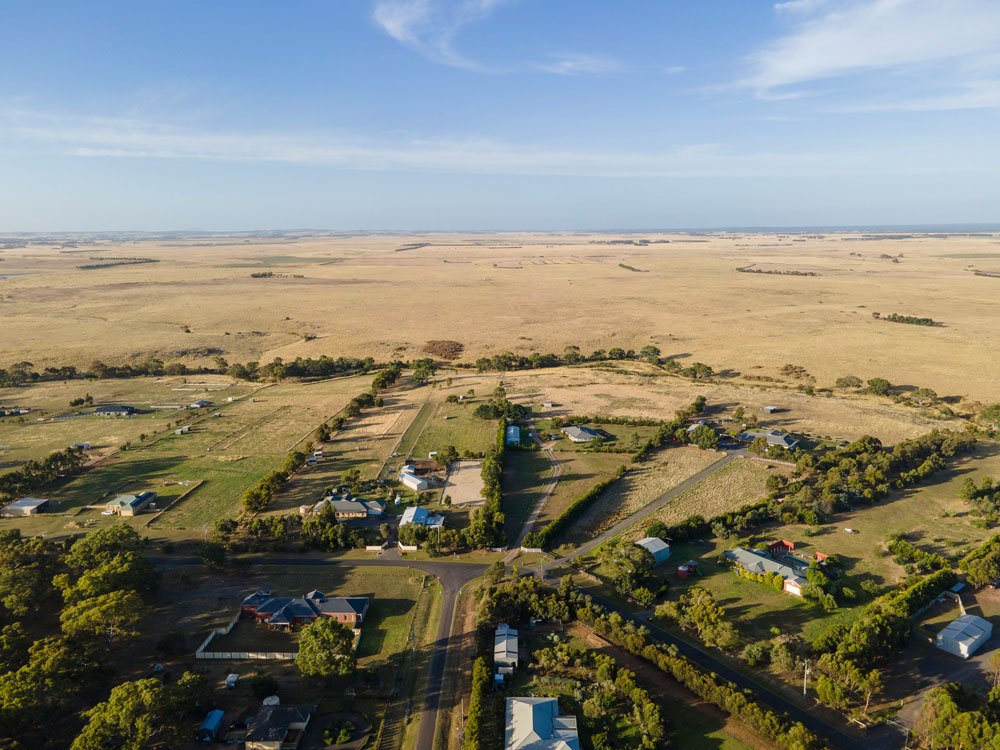 “It’s a proud and growing community. In the last decade, the town has grown a staggering 70 percent.”

It’s a proud and growing community. In the last decade, the town has grown a staggering 70 percent. It’s no longer a place where everyone is born and bred. Today, the town embraces newcomers who in turn work hard to build ties and add to the mix of activities and events.

There are good retail outlets, including a large pharmacy. Like many small towns, the local pharmacy provides a sense of commitment and assurance. Young families in particular appreciate being able to access the services of a well-stocked chemist and a pharmacist.

Camilo Olives is a Teesdale success story, exporting oil internationally and recognised as one of the world’s top 500 oils.

Bannockburn (population 5500) is just 10 minutes up the road. Geelong is 30 km away, and with the ring road, the commute to Melbourne by car takes about 80 minutes.

The median house price is $690,000; but bear in mind the properties are often generous in size. 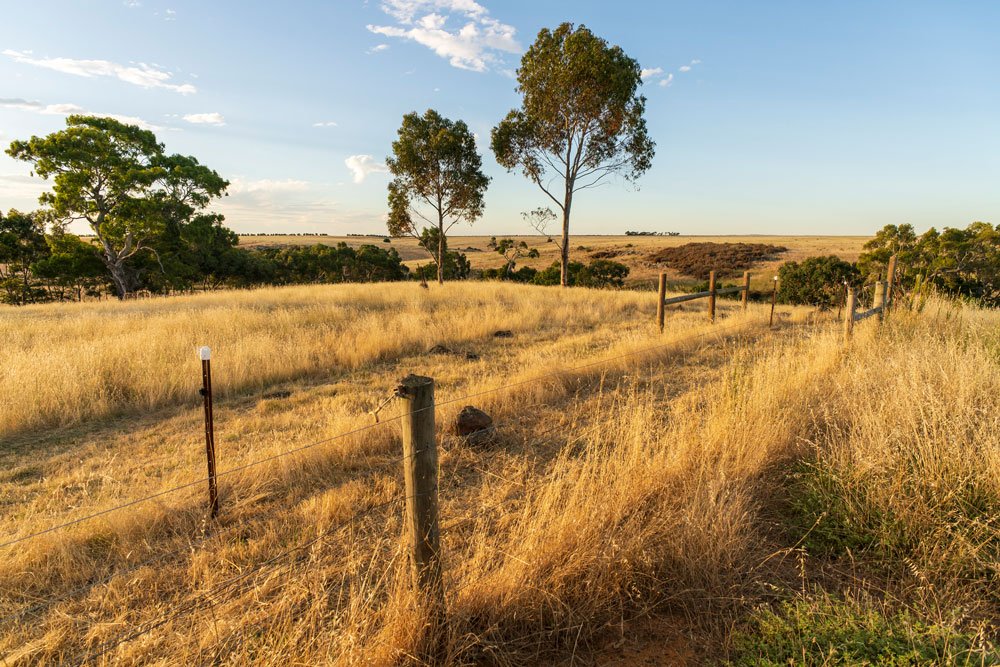 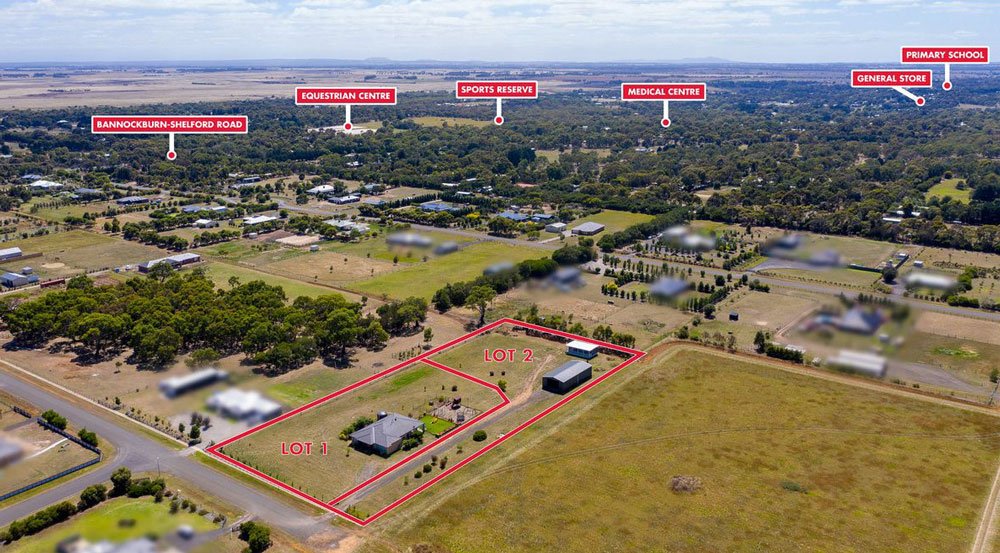 The traditional custodians of the land on which Metung sits are the Gunai Kurnai people.

WATTLE ROAD 🖤 For an affordable price, families can realise the dream of a big house, on a big block, in a town that has retained a sense of country freedom.
DISTANCE FROM MELBOURNE: 100 km
POPULATION: 1721.
WHO LIVES HERE?
According to the 2016 Census
♦ The median age of people in Teesdale was 39 years. Children aged 0 – 14 years made up 22.5% of the population and people aged 65 years and over made up 11.4% of the population.
♦ Of the families in Teesdale, 51.6% were couple families with children, 38.0% were couple families without children and 10.4% were one parent families.
♦ 8% of people were born in Australia. The most common countries of birth were England 4.6%, Netherlands 0.9%, New Zealand 0.7%, Germany 0.6% and United States of America 0.6%.
♦ The most common occupations included technicians and trades workers 19.9%, professionals 16.8%, community and personal service workers 12.1%, managers 11.5%, and labourers 11.5%.
CLIMATE: Average daily temperatures: June minimum 6 °C, maximum 13 °C; December minimum 11° C, maximum 24 °C.
MAJOR EMPLOYERS: Agri-business
SCHOOLS: One local primary school, but five other primary schools are within a radius of about 10km. The nearest secondary school is in Bannockburn, 12km away.
NBN connection: Fixed wireless (FW)
PROPERTY PRICES:  The median sale price of houses is $690,000. The majority of the properties are on acreage.
HEALTH CARE: The Teesdale Family Medical Centre offers comprehensive medical services including minor surgeries and travel immunisations; allied health professional services, including a dietician and podiatrist; and pathology.
The closest major hospitals are in Geelong, 30km away.
SPORTS & RECREATION: Tennis, cricket, football, netball, golf, skateboarding, bike-riding, and horse-riding. The Geelong Welsh Pony and Cob Society and the Geelong Miniature Aircraft Association are in Teesdale.
ARTS AND CULTURE: Turtle Bend live events, community market and the Golden Plains Arts Trail. I was born here, been here all my 33 years. As a kid it was a great place to live. You could do whatever you wanted. We used to ride around, drive paddock bombs, motor bikes. You could do your own thing. No one really worried about you. Everyone knew each other and looked out for each other. It all felt safe. I want this for my kids.

I’m a refinery operator and I travel to Melbourne. It’s not that difficult, the commute. I do shift work and at the end of the run of shifts I have five days off, so you can forget about work.  The ring road makes the commute easy.

We have a growing community. Lots of kids. There’s a new housing development just coming in. I reckon the more people living out here, the better. There are three times as many people now as when I was a kid.

Sometimes people might hold back from getting involved. I want to see them get involved. If you are new to a town, it’s the best thing you can do. Come up to one of the clubs and that’s how you meet people, meet the locals. I’m a committee member at the Teesdale Cricket Club. At the clubs, there are the born and bred locals and when the new ones come in, they love it and start running the committees and doing stuff.

I love it here. I never moved out because all my friends are here. And I want my kids to have the kind of childhood I had.