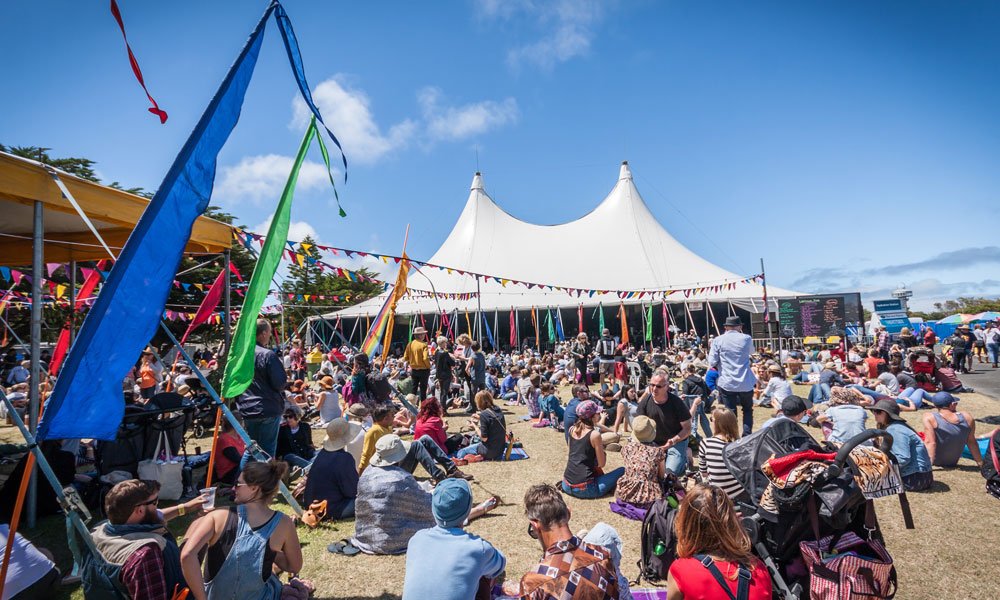 Ten reasons to escape the city this summer

As we leave this memorable year behind, regional Victoria is preparing to host an array of summer festivals and events.

Seeing a community in full swing – celebrating and welcoming visitors – is a great introduction to a regional town. And it may spark an interest in exploring it as a future place to live!

So why not take a quick break from the Christmas rush, and think ahead to some relaxing days in the country, or down the coast, this summer. The road to regional Victoria is wide open and there’s a town to explore and an event to enjoy.

The Alpine Classic is billed as the “ride of a lifetime”. Held over the Australia Day weekend, January 23 and 24, the cycling event and accompanying Bonjour festival, centres on the beautiful town of Bright.

For cycling enthusiasts there are eight rides, varying from moderate to challenging courses and distances from 60km to 320km. The event attracts around 2000 riders who are supported by a band of volunteers along each route.

For the non-cyclists (or cheer squad) there’s the Bonjour Bright Festival, a free food and music event, held in Howitt Park, where all the rides start and finish.  The festival hosts open air films, live music, food, wine and beer stalls and plenty of entertainment for children. It also has French themes to celebrate the Alpine Classic’s association with the Audax Internal, based in France.

There’s no shortage of accommodation options in Bright and the surrounding towns have so much to see and do, that it makes it a great place for a summer break.

Victoria’s only garlic festival is a highlight of South Gippsland’s summer calendar. Held in the charming town of Meeniyan on Sunday, February 21, the festival will have more than 150 stalls, live entertainment and guest speakers.

Some of the country’s leading garlic experts will be in Meeniyan to talk about growing garlic, the varieties and the health benefits of the special herb. And local chefs will whip up a garlic feast on the festival stage.

Visitors will be able to taste and purchase Gippsland’s best garlic, wine, cheese, beer, garlic ice-cream and other produce plus local art and crafts in the festival market.

South Gippsland will host a range of events throughout the weekend, in addition to the garlic festival, so it’s a great opportunity to stay awhile, enjoy the region’s hospitality and explore local towns, such as Leongatha and Foster. 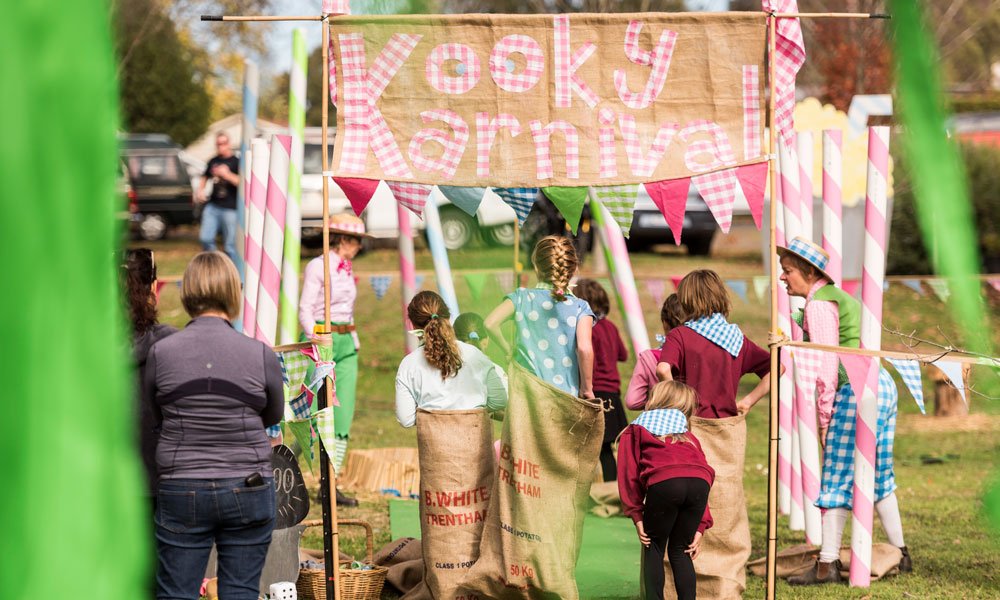 A weekend in Victoria’s magnificent High Country, coupled with a country race day, promises lots of fun. The Mansfield Cup, on the weekend of January 10, is part of the State’s picnic race season and features Australia’s richest picnic race, The Alliance Mansfield Diamond.

According to country.racing.com, picnic racing has everything you would expect, but with a different atmosphere. The jockeys are a little bigger, the horses a little slower and the atmosphere is a laid-back, family one.

The historic town of Mansfield is in one of the country’s largest recreational horse-riding regions and racing in the area dates back to 1865. It is also a central point to exploring the delights of the High Country. For adventurers, think mountain biking, rock-climbing, bush walking canoeing and four-wheel driving. For foodies, there is a plethora of eateries serving the very best of local produce.

Mansfield is less than a three-hour drive from Melbourne. V-Line also operates bus services from Southern Cross Station to Mansfield and there will be a special race day bus service.

The Falls Creek Dragon Boat Regatta, the highest dragon boat event in Australia  (1,600 metres above sea level), will be held at Rocky Valley Lake on the weekend of January 23 and 24.

The event has been held for more than a decade, and brings together visitors, local residents and dragon boat enthusiasts from around the country to complete and join in the festivities on the banks of the lake.

For spectators, the foreshore is abuzz with activity with food and drink stalls throughout the weekend and on Saturday night there are post-race dinners and parties throughout the Alpine village.

People keen to paddle a dragon boat can participate in a range of safely and skills training session prior to the race and join in a recreational team by contacting the organisers.

Year-round the Falls Creek Alpine Resort is a hive of activity for people who enjoy the great outdoors. Summer activities include hiking, bike-riding, fishing and swimming. When you’re ready to relax there is a range of fabulous eateries.

Download a great getaway guide to Falls Creek at: www.fallscreek.com.au Promoted as a “harvest festival like no other, celebrating good food, good wine and good people,” the 150km Feast sounds like a fantastic opportunity to get to know the Wimmera region.

Hosted by the Horsham Agricultural Society, the event celebrates the region’s farmers, winemakers and growers who have sustained the local community throughout the year.

Only 150 tickets will be sold for the event, which will see guests dine in the back paddock overlooking the Wimmera River at Maydale Reserve. A hay bale outdoor dining room will be set up with timber-topped tables in pods.

Local chefs and cooks are planning an eclectic menu with the finest seasonal produce from the Wimmera and the Grampians – all the producers will be within 150km of Horsham. Ice cold-brewed beer, wine from locally grown grapes and spirits direct from a boutique distillery, will complement the menu.

A country auction and live music will entertain throughout the evening.

The opportunity to celebrate the work of some of the world’s finest fibre arts practitioners was delayed when COVID-19 shutdown arts venues this year.

But thankfully, Fibre Arts Australia’s inaugural Art Textile Biennale has been resurrected and will open on January 22 at the East Gippsland Art Gallery.

The event promises to be a world-class exhibition. More than 150 artists submitted entries from more than 15 countries.

The aim of the Art Textile Biennale is to exhibit innovative work rooted primarily in textile, as well as art that explores relationships between textile and other creative disciplines.

The biennale will run until March 5. Visitors will find the East Gippsland Art Gallery at 2 Nicholson St, Bairnsdale.

Outside of the snow season, beautiful Mt Baw Baw is a hive of activity for bushwalking, mountain bike riding, fishing and wildflower enthusiasts.

And then there is the Mt Baw Baw Sprint. One of four rounds of The Australian Tarmac Rally Championship, it brings rally teams from across the country to race the High Country roads between Icy Creek and the Alpine Resort.

The event sees vehicles and crews from around Australia, take on the peak of rally challenges, from winding forest roads to short, sharp straight stretches that prove to be blisteringly fast.

The event takes place on the weekend of February 13-14.

The 44th Arts Prom Country, Art and Photography Show, hosted by the Rotary Club of Leongatha, will kick off on January 15 and run to February 7.

The popular show is expected to attract more than 500 entries from artists and photographers across Gippsland, regional Victoria, Melbourne and interstate. There is a prize pool of $6000 and awards for various mediums, including photography and sculpture, and sections including junior and All Abilities.

The show will also feature a special book store where visitors can purchase a large range of books at cheap prizes; and a raffle. Proceeds from the event go towards supporting local charities and services.

The show will be held at The Leongatha Memorial Hall and open each day from 10am to 4pm. Entry to view the show is $5 per person.

The catchy tunes and dance steps of Rockabilly will ring out across Ballarat from Friday, February 12 to Monday February 15.

Ballarat is an ideal destination for a weekend getaway. In addition to this festival, don’t miss seeing the beautiful botanic gardens, take a stroll around Lake Wendouree and if you have the kids with you, a trip to the historic gold rush village Sovereign Hill will stay with them forever.

The iconic summer holiday town of Torquay will host the Kiteboarding Australia Wave Nationals on February  5 – 8.

The Wave Nationals is the pinnacle event of the Cabrinha National Wave Series. It’s expected to present some thrilling wave riding at Pt Danger over the four-day event, as competitors battle it out for the Australian titles.

Kiteboarding is an extreme sport that sees the competitors harness the power of the wind with a large controllable power kite to be propelled across the water. It calls on a combined set of skills from sailing, surfing, windsurfing and skateboarding to paragliding.

There are some great vantage points for sightseers to enjoy the action and in between time, Torquay has lots of laid-back eateries and interesting activities, such as the Australian National Surfing Museum and Tiger Moth World Adventure Flights.

And of course, if you stay a little longer, the Great Ocean Road beckons you to explore one of the most beautiful stretches of coastline in the world. 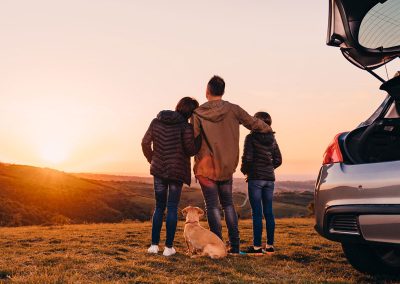 How to keep the kids happy on long country drives 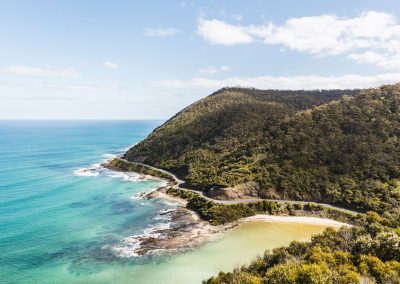 A trip you will never forget Get to know the Wimmera Mallee through the Silo Art Trail